A NATION DIVIDED: Where do African Americans go from here?

A NATION DIVIDED: Where do African Americans go from here?

With the popular vote split nearly right down the middle, the 2020 Presidential Election revealed to some and reminded others that America is truly a nation divided. The Defender spoke to two political science professors, Carroll Robinson and Michael O. Adams, and Marcus Davis, host of Fish, Grits & Politiks, to get their takes on where the country is headed post-election.

Defender: What does this tight race for the presidency mean for the national political scene?

Dr. Michael O. Adams: if Biden were to win – it’s a very close election- I think that it would impact governance because the Democrats were not able to control the Senate. [Mitch] McConnell is coming back. And we know that he was a very powerful person, and able to get judicial appointments and basically, to stonewall even the impeachment process of Trump. So, if Biden is in, you’ll still have to contend and you have to work with that. So, anything progressive, in terms of legislation, it would be very difficult to get something passed in the Senate.

Carroll Robinson: What it means is the country is not as center-left as people thought. It’s not the land of progressivism. But more importantly, what it shows is the importance of Black voters. That if you turn out Black voters, Biden probably wins Wisconsin, Michigan and maybe even Georgia. And that will be the three states that gets him to 270 (Electoral College votes) and wins the White House. And if you’re paying attention to it politically, Black America has saved Joe Biden once again, and Black America has saved the Democratic Party. And it’s gonna deliver the White House to Joe Biden and the Democratic Party. And Black folks need to be a priority. Period.

Marcus Davis: It means that we’ve got some issues in our nation that we need to fix. Everything from the Electoral College to this cycle of electing one party versus the partisan politics, needs to be addressed too. It means there’s a ***load uncertainly in the nation. We have an issue with media. We have an issue with polling. It means we’ve got a whole bunch of issues that we need to try to figure out. And it also means specifically, that ain’t nobody coming to save Black folks.

Defender: What does this election say about us as a country?
Adams: I’m overjoyed that so many people turned out to vote. That’s the beauty of a democracy. Because, you want people to participate, regardless of where you stand or what’s your party affiliation. However, it was kind of ugly where you play into dog whistle politics. It only seeks to divide the country. I’m a little afraid. They tried to kidnap the governor of Michigan. Man, who knows what these people will do. 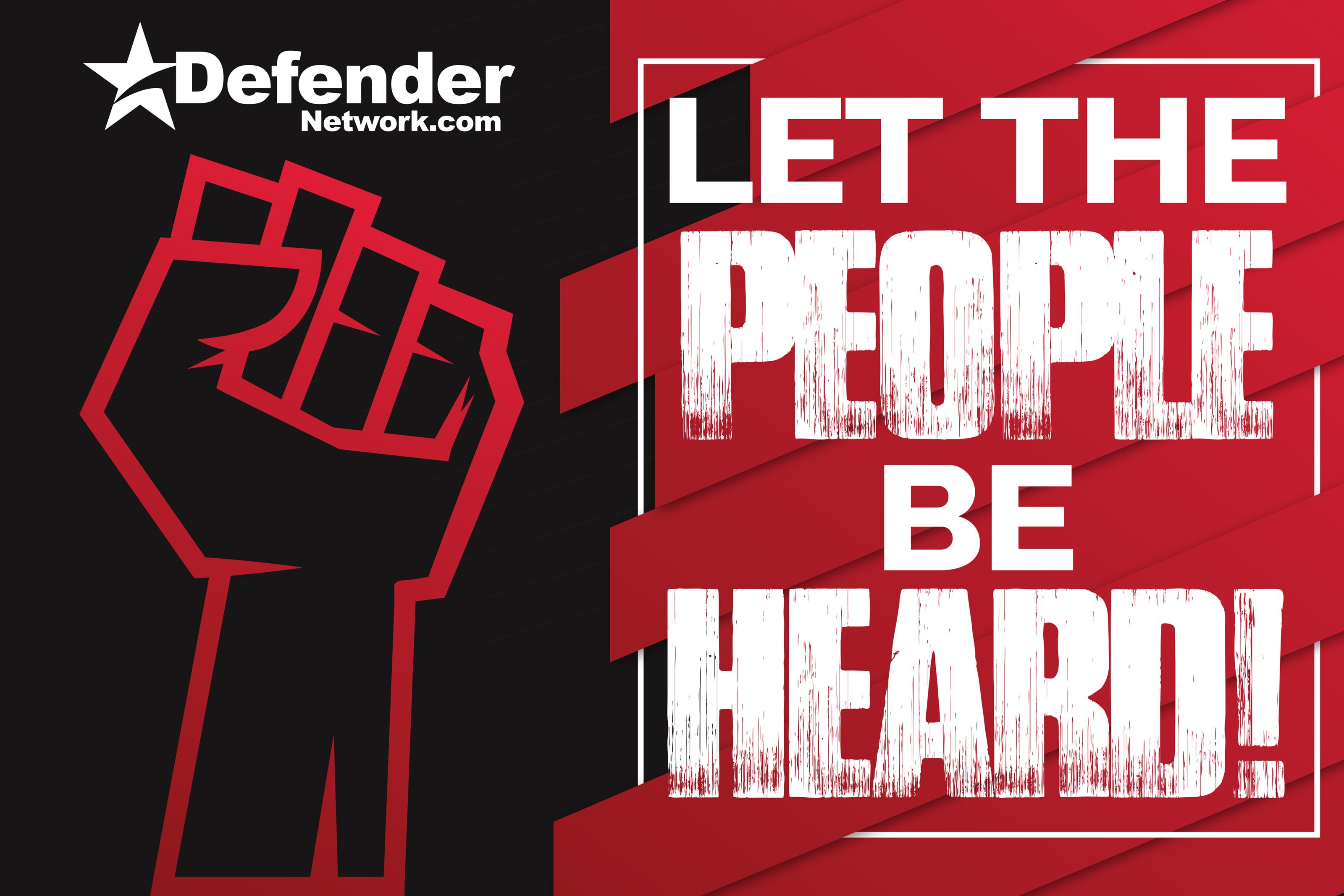 Voters weigh in on what the results of the election mean for Black America.

“That all this ‘this is not who we are’ rhetoric is bullsh*t. The exit poll numbers are showing EXACTLY who they are and Orange Satan has given them license for 4 years to let their true colors come out. And if anyone thinks the next four years are going to be a smooth ride once we park walk this grifter out of office think again: now the real attacks are going to begin. Oh, and that Black men were a huge factor in those numbers which is SO sad. – Julie O. Griffith

“It says to me that despite all that has happened in this country, if something does not personally affect a person(such as racism, inequality and COVID related deaths) people don’t care. America Lacks empathy.” – MarKesha Brown-Currin

“It says this country is as racist as we ever thought it was and they no longer care who knows it.” – Antoinette Holsey

“It says approximately 50% of America is perfectly fine with a openly racist and sexist authoritarian running the country as long as the economy is good…for them.” – Nyna Hurt

“Still can’t believe that people voted for a man who has done nothing but spit hate verbally, mentally, and physically (children being detained), and the reason behind many deaths because he did not take COVID seriously. The US will never be an equal country….it will always be divided because of the mindset of many. I see now why people choose to move out of the country!” – Donyalla R. Manns

“It says that many don’t want what’s best for all and work together to achieve a middle ground. It says people use the idea of God to justify things that are suppressive and it also says that to many are fueling and building up ideas that will destroy them and calling it good. But I also see people who refuse to just sit by and let those things continue to happen they at least trying to build towards better for all. But I’m disappointed to see so many vote for someone who has clearly proven he dgaf about America.” – Eric Jamal

“It says that the threat of losing power has been a focal point for many white people. And some are willing to sacrifice our democratic way of life in order to preserve white privilege. These are not all bad people and many of them are probably Democrats who are already having a difficult time adjusting to the browning of America.” – Bettie V. Beard

“America will forever be divided and racism is very well accepted by many Americans including the very ones it’s directed toward.” – Chrystal Killebrew

“The inevitable restructuring of relationships – this can’t be walked back when it’s over, no matter who wins. Also, it became obvious toward Election Day that many people who didn’t even want Trump to win were voting against having an African American woman, possibly any woman, that close to the Oval Office. People voted against their own interest to try to ensure this didn’t happen. Overall, we have not come as far as people like to boast that we have.” – Leslie Kaye

“That hatred, entitlement and bigotry is in the DNA of white Americans. Some have worked to overcome it but when their superiority and entitlement are threatened, the true colors shine thru.” – Pam Gaskin

“That we must get rid of this Electoral College. That racism has never left this country.” –Sandra Dumes

“That Americans really do not have a problem with racists or misogynists or the deaths of 200,000 fellow Americans. They see nothing wrong with inhumane treatment of immigrants and children, and they are more committed to a political party than to their moral standard.” – Stephanie Bullock Ferguson

“America in 2020 is really no different than America in 1960. We have no allies, especially white women, and they don’t care about us.” – Yolanda Davis Turner

“That white evangelical women overwhelmingly are more interested in keeping their proximity to white patriarchal power (and misrepresent this as adhering to their Christian belief systems) than they are in gaining equality for themselves, and most definitely not for people that don’t look like them. But, it’s not shocking considering that there were white women that protested the women’s suffrage movement which also excluded women of color.” – Brynn Canney Markham

“That the cause of the American Civil War has NEVER been resolved. It’s the exact same as it was 150 years ago. This nation is just as divided as it was then. We have made absolutely NO progress. And the addition of other minorities (Latinos) has not helped the civil rights movement one single bit. Racism is ALIVE and WELL.” – Kimberly Hardison

“The electoral college should be abolished. Black lives and voices don’t matter to many more than we think. So much of this country is still okay with the levels of oppression in place for a number of communities.” – Ivy Jo

“That the soul of America needs to be checked. People will value the economy and abortion over human decency. Our country is broken. The people in rural America thinks it’s us against them.” – Renea Ford Forrest

Harris County election officials had received 22,000 completed mail ballots by the weekend, while another 13,250 voters had dropped off their ballots in person at NRG Arena through Friday.

Driving part of the expected turnout increase is the steady growth of Harris County’s voter rolls. The county has added nearly 234,000 registered voters since 2016, far more than the 143,000 new residents added during the same span.